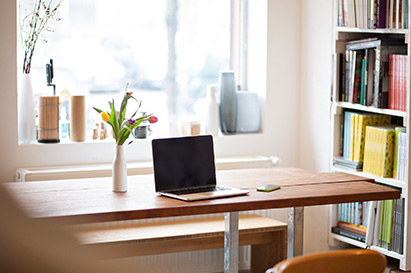 Labor history encompasses the plights of the working classes and how they evolved as a result of the U.S. labor movement that lasted from 1865 to 1919. This wide-spanning chapter of history also includes important men and women who influenced key events, the development of unions, the dynamics that created labor protests and important legislative actions that changed the course of history. Offering 50 resources, this guide is a valuable reference for students, teachers and anyone interested in the development of modern labor laws, implementation of workplace safety measures and more.

Learn about the history of Labor Day as well as important coalitions, organizations and federations related to the American and international labor forces.

The History of Labor Day – In this informational piece, find out what Labor Day means, when it was initially recognized, when it’s observed each year and the identity of the founder.

The Child Labor Coalition – The CLC serves as a national network for protecting working minor children and stopping child labor exploitation. It also works to develop and disseminate educational and informational materials to the public and private sectors with the goal of promoting helpful initiatives and legislation regarding the prevention of child labor violations.

AFL-CIO – AFL-CIO serves as the umbrella federation for U.S. unions, which collectively represent 12.5 million workers. Its goals are to ensure the rights and benefits of workers such as fair treatment, respect and reasonable pay and benefits.

International Labour Organization – The ILO brings together the various governments, employers and worker representatives of the world to engage in setting labor standards, developing policies and creating programs to ultimately better conditions and benefits for workers.

The George Meany Memorial Archives – Discover activities that will help students examine the relationship between the labor and civil rights movements during the 1940s-60s.

A Curriculum of United States Labor History for Teachers – This curriculum resource is designed for teachers of high school students. Ten lessons, documents and student handouts are included to help students explore the American economic system and worker issues.

Talk Show on the Lowell Strike of 1834 or 1836 – Engage your students with this fun activity that requires them to study primary documents related to the 1834 and 1836 labor strikes in order to plan and act out a “talk show” based on the issues they discover.

Documentation of Child Labor – A well-developed lesson plan that utilizes primary sources to teach students about the history of child labor.

Labor Quotes – Use these quotes based on different aspects of labor to help your students analyze different points of view.

The Evolution of Labor

Visit the links below to learn more about how the American labor force has evolved over the course of centuries.

U.S. Labor Movement – Understand why the labor movement happened and what it accomplished by visiting this link.

A Short History of American Labor – This piece on American labor gives a concise account of the major events during the 100+ years of the modern trade union movement.

Labor History Timeline – View notable events via this timeline that relate to labor beginning in the 17th century and ending in the 21st century.

A Century of Change – Learn more about how the labor force has changed and is still gradually evolving with this look at the time period between 1950 and 2050.

As with all historical periods, there have always been key people who influenced the course of action. Explore the links below to learn more about important figures in labor.

Honoring Labor’s Legacy – Find videos performed by actors, scripts and postcards based on some of the most important figures in labor including Pauline Newman and Eugene Debs.

Eugene V. Debs – American union leader Eugene Debs made his mark on history as one of the founding members of the Industrial Workers of the World.

George Meany – An American labor union leader for 57 years, William George Meany was also an important figure in the creation of the AFL-CIO.

Peter J. McGuire – Peter J. McGuire, often referred to as the “father” of Labor Day, was largely responsible for convincing union activists that a national labor federation was needed.

Cesar Estrada Chavez – Cesar Chavez was a champion for the rights of farmworkers. He led nonviolent marches, called for boycotts and even participated in hunger strikes for the cause.

Thomas Reilly Donahue – Considered one of the most influential leaders in the post-World War II American trade union movement, Thomas R. Donahue served as Secretary-Treasurer of the AFL-CIO for approximately 16 years.

While there were many women who took part in trying to ease the struggles of the working poor, some key female figures stand out among the rest. Learn about who they were and what they struggled to achieve below.

Women in Labor History – A website containing brief biographies of different women who are notable in the history of labor.

Working Women in Union History – Read about women who played important roles in making a difference in the lives of the working class.

Lucy Parsons – Lucy Parsons dedicated almost 70 years of her life to fighting for the rights of the poor and disenfranchised, and she made a difference.

Mother Jones – Characterized as a woman who was fearless when it came to battling for workers’ rights, Mary Harris “Mother” Jones gained the most attention during the first couple of decades of the 20th century.

Frances Perkins – Frances Perkins was not only the first woman to serve as cabinet secretary in the U.S. government, she also was the main architect of the New Deal. Read more about her here.

Development and Explanation of Unions

Labor unions in the U.S. were born out of conflict between workers and industrialists. Learn more about their development with the resources below.

The Labor Union Movement in America – This informative piece details the history of the labor union movement, which began in colonial times.

What Unions Do – As a research fellow in labor economics at The Heritage Foundation, James Sherk examines what labor unions do and how they affect jobs and the economy.

How Unions Work – An explanation of what unions are, how they benefit members and how they keep America strong.

Read about some of the key legislative acts that have occurred in relation to the plights, struggles and triumphs of those involved with labor.

Adamson Act – View historic newspapers from the 1800s that detail the trials of workers to get an eight-hour workday recognized as law.

Taft-Hartley Act – This act functioned as the first major revision to the Wagner Act and discontinued certain portions of the Federal Anti-Injunction Act established in 1932.

Landrum-Griffin Act – This U.S. labor law was established to regulate the internal affairs of labor unions and the relationships between labor union officials and employers.

The Civil Rights Act of 1964 – Learn more about this civil rights and U.S. labor law legislation that made discrimination illegal in the United States.

Occupational Safety and Health Act of 1970 – This link details how and why OSHA was created under President Richard Nixon in 1970.

The 19th and 20th centuries were turbulent times for laborers as they engaged in strikes to improve their working conditions, hours and pay.

Key Events in Labor History – From the Battle of Cripple Creek in 1892 to the Great Postal Strike of 1970, this informative article from the AFL-CIO details the major events in the history of labor.

Homestead Steel Strike – This strike, beginning in June 1892, culminated in a violent and bloody battle between strikers and private security agents.

Pullman Strike – Considered a turning point for U.S. labor law, the Pullman Strike was a national railroad strike that took place in May 1894.

1902 Coal Strike – Miners in Pennsylvania organized this strike to gain higher pay, shorter working hours and the recognition of their union.

The Uprising of 20,000 – Also known as the New York Shirtwaist Strike of 1909, this uprising involved mostly Jewish women who were employees of the shirtwaist factories.

The Lawrence Strike – This strike was composed mainly by immigrant workers who acted in response to a wage reduction, and it spread from mill to mill across Lawrence, Massachusetts.

Steel Strike of 1919 – This attempt by the struggling Amalgamated Association of Iron, Steel and Tin Workers to organize the United States steel industry began in September 1911 and lost its motivation in January 1920.

AFL-CIO Merger – Find information about the historical merger between the American Federation of Labor and the Congress of Industrial Organizations, which was formed in 1955.