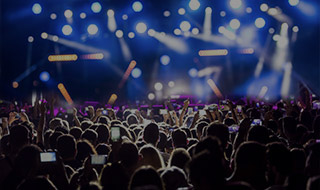 The Entertainment Industry consists of all of the media companies that scout for talent, produce and distribute mass entertainment. Television, radio, film theatre, music, and art are some of the most common fields of the entertainment conglomerate. The Entertainment industry, also commonly referred to as Show Business, contributes more than $600 billion to the economy and it represents a third of the world industries. Also, check out our cover letter samples, job descriptions and other resources.