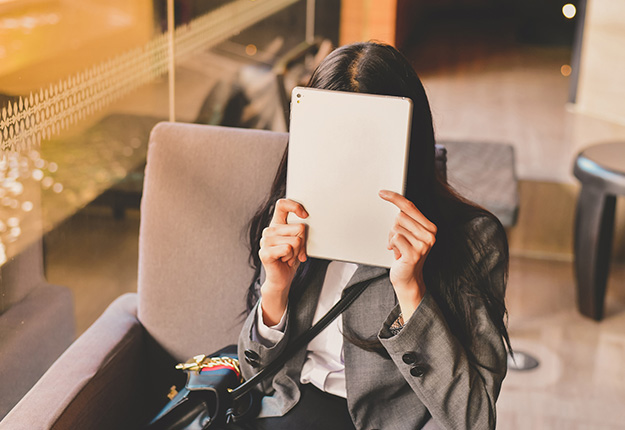 Walking into a job interview with sweaty palms and a nervous stomach can often be terrifying, but throw being an introvert into the mix and it could be disaster. However, just because you’re shy and quiet, doesn’t mean you shouldn’t nail the job interview. Here are a few job interview tips for introverts that will help ace the interview and get hired.

Grab your best friend or family member and get them to pepper you with all kinds of questions you’d expect from a possible employer.

And even if your best buddy or family member can’t be with you at 2 a.m. when you’re stressing or cramming, grab a mirror. A mirror can help you see your facial expressions, how you look and most importantly, how you are perceived to others.

“Once you think you’re done practicing, practice some more,” said Barry Drexler, who bills himself as an expert interview coach with 30 years of human resources experience. He’s worked in corporate settings for Lehman Brothers, Morgan Stanley and other Wall Street firms in New York City. “Practice 20, 30 or even 40 times just to make sure you have it right.”

In his words, practice makes perfect.

2. Understand Your Audience and Know the Setting

Feel free to contact the human resources coordinator, said Whitney, and ask who will conduct the interview and in what setting. “Anytime we can take an unknown off the table for introverts, it’s a good thing,” said Whitney. Will there be multiple interviews? Will there be a panel? Is this one-on-one? If an introvert can get all of those unknowns out of the way, they will be golden.

“You can’t just go in and talk about the weather,” said Whitney. “That would feel awkward and then an introvert would then be in a situation that they would most fear. “Ask them questions about the industry, ask them their opinion. And if that doesn’t work, the best thing to do when you don’t know where to go with a conversation is to turn the conversation over to the other person and ask them questions so that you don’t have to do the talking.”

That means asking open-ended questions so as to not get a one-word answer.

“Small talk is a skill,” said Drexler, adding to not be afraid to ask a group of friends ‘how did that sound’ or ‘what did you think.’ He said don’t be afraid to record yourself giving answers and to play those answers back.

“When you have a steep learning curve,” he said, “don’t be afraid to take the time to adapt and adjust.”

Many may argue being an introvert is a definite weakness, especially when it comes to being employed, but Whitney says introverts can bring a number of different skills to table.

“Don’t be afraid to admit that you’re shy,” she said. “Honesty can help in this situation,” adding that a future employer would appreciate your honesty in knowing you can admit a weakness. She said often employers will ask if you have any weaknesses; being an introvert might be something they aren’t expecting to hear.

5. Turn it on and Amp Up Your Energy Level

Timing is everything. Some of us are morning people; others are night people.

“Introverts should make sure they know what time of day they will interview to make sure they aren’t hungry or tired,” she said. “An introvert will often know when they are ‘most on’ and can often request a morning appointment.”

Drexler said he likens it to being a newscaster or an actor.

“When the lights go on, the show goes on and when the show is off, then you can go back to being your normal self again,” he said.

If that means stepping out of your comfort zone and being a different person, then so be it.

Drexler said introverts often have a tendency to talk in a monotone voice, which will bore human resources.

Mastering these few skills can help you hit a home run in the job interview process and get you the position.