Nail Your Next Panel Interview With These Strategies 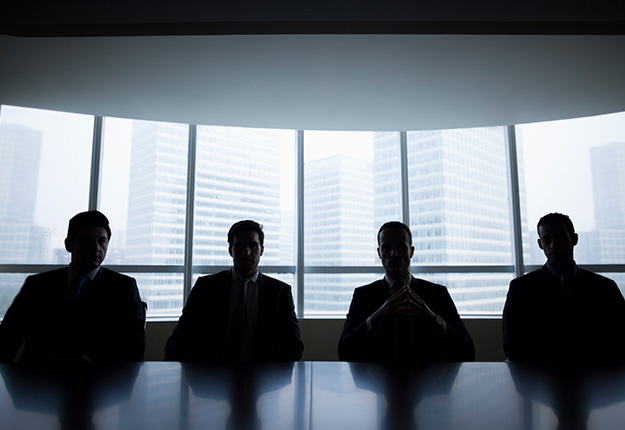 Interviews are stressful – you are sitting across from someone who is judging your suitability for a role and asking you questions that you have to answer on the spot. Multiply that anxiety by a factor of four or five, and you have an idea what a panel interview is like.

As anxiety-inducing as they are, panel interviews are becoming more common. According to a survey of executives by The Creative Group, panel interviews were ranked as the second most effective type of interview, after one-on-ones. Panel interviews are gaining in popularity because they’re time efficient, and they allow employers to see how candidates behave in a group setting and under pressure.

If you’re faced with the prospect of a panel interview, don’t let nerves get the best of you. Instead. Follow these tips to face the panel with confidence.

Preparing for a Panel Interview

Before going to the interview, do your research. Find out as much as you can about the company or organization and their way of doing business. Carefully review the job description so that you know what will be expected of you. If possible, find out the names of the people who will be interviewing you, and look them up. Learn about their positions and educational and work backgrounds.

“This can give you information about what you may have in common with the interviewers as well as an idea what they bring to the table,” says Cheryl Palmer, owner of Call to Career.

James Rice, head of Digital Marketing at WikiJob, adds, “If you know your employment history inside and out, no matter what question the interview panel may throw at you, you should be able to address it effectively.”

Communicate with the Entire Group

Because anyone in the interview will have input into the hiring process, it is important to make an effort to connect with everyone at the table. Body language and eye contact are two of the best ways to do this. When responding to a question, for instance, deliver your answer to the group, rather than just the person who asked it.

If some of the people in the interview aren’t saying much, don’t make the mistake of disregarding them. Instead, try to draw them into the conversation by including them in your responses and, when appropriate, asking them questions.

“If there are one or two people who don’t seem particularly engaged, try to draw them into the conversation,” suggests Cheryl Palmer, a career coach at Copeland Coaching. “The ones who are quiet may have more influence than the ones who are talkative.”

Another way a panel job interview is different than a one-on-one interview is that there isn’t the natural ebb and flow of conversation. Also in a panel interview, you’re dealing with a variety of personalities and communication styles, so it’s a bit harder to build rapport and anticipate the direction of the conversation.

“Expect the unexpected,” says Diane Domeyer, executive director of The Creative Group. “Interviewers may talk among themselves and topics of discussion may change on a whim.“

Have a Question for Everyone

In any job interview, having good questions is almost as important as having good answers.

“Thoughtful questions will demonstrate your preparation and genuine interest in the position,” says Kevin Whalen, sales recruiter at Betts Recruiting

And in a panel interview, asking questions provides a great opportunity to connect with every interviewer. Most likely, each participant interacts directly with the position for which you’re interviewing or is a stakeholder on projects that position works on. So craft your questions around that assumption. If you’re interviewing for a Web design position, for example., and one of your interviewers is the head of marketing, ask questions related to how the two roles collaborate.

A panel interview can feel a bit like being thrown to the sharks. But with the right preparation beforehand and an engaging presentation during the interview, you can impress upon a whole group of interviewers just how good a fit you are for the job.

Whether you’re new to the workforce or an experienced professional, JobHero is here to help you make the most of your career. Come to us for thousands of resume samples, job-specific cover letter samples and many more helpful career resources.