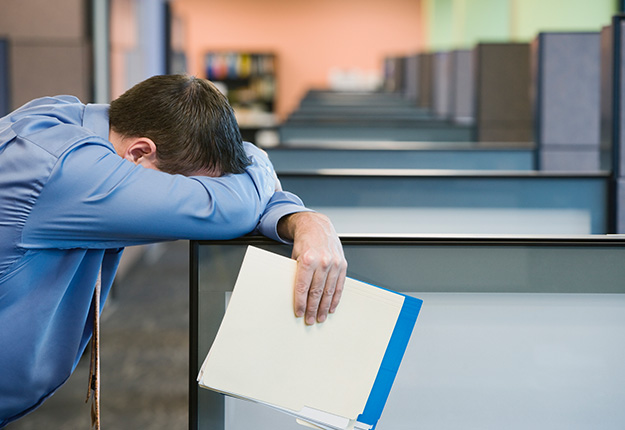 Spelling errors on resumes, showing up late, chomping on gum during a job interview – hiring managers have seen all the most common interview mistakes. In a job market where just landing an interview is a big accomplishment, too many job seekers shoot themselves in the foot by making easily avoidable interview mistakes. Something as simple as poor grammar can be enough to disqualify a candidate right off the bat. Since the hiring manager might be the one person between you and the job of your dreams, it makes sense to avoid doing the things that annoy her most.

So what does annoy hiring managers? We posed that question to a bunch of them to find out. Here’s what they told us:

Not Having a Clue

The No. 1 cited pet peeve of the hiring managers we talked to is candidates who have not done basic interview prep.

“The first thing I ask any interviewee is to explain what our company does,” says Yahya Mokhtarzada, Founder and CEO of Truebill. “If the candidate can’t clearly and concisely explain the company’s business model that’s an automatic disqualification.”

Study up on the company and the position before you go to the interview, so you’ll be ready to show what you know through the answers you give.

When the interviewer asks if you have any questions, be sure to take the opportunity.

“If an applicant declines to ask me questions about the company or role, it’s unlikely they’ll be getting called back for a second interview,” Mokhtarzada says.

Accepting a job is a big decision, and asking good questions about the position and the organization shows that you are serious and want to be well informed.

Not Answering the Right Question

“It is my biggest pet peeve when the applicant does not answer the question asked, but rather uses the time to speak about something else they want me to know about their qualifications,” says HollyJane Bennet, an HR associate at TVape.

Listen closely to what the question is asking, and answer it as directly as you can. Don’t use it as a chance to spout a pre-rehearsed line.

The best way to start your interview off on the wrong foot is to show up late.

“When a candidate shows up late and doesn’t acknowledge it, this calls into question the individual’s willingness and ability to take accountability for their actions, as well as the reliability of the individual,” Barb Agostini, managing partner at Recruiting Social, says. “This can definitely have a negative impact on their candidacy.”

Give yourself plenty of time to get to the interview location and find your way, so that you’re not rushing in at the last minute, late and flustered.

“My biggest interview pet peeve are those individuals who can’t stop shaking their leg,” says Pierre Tremblay, Director of Human Resources at DUPRAY Inc. “It shows a real sense of nervousness that can usually be attributed to a lack of composure under stress.”

Focus on not letting nervous ticks become the center of attention in your interview.

Use of Blatant Flattery

No one likes a suck-up.

“Be personable, concise and to the point,” suggests Tim Dodd, CEO & Co-Founder of TEV Marketing. “But don’t be a brown-noser right out of the gate.”

Not Having a Pen

The same goes for not having a copy of your resume.

“Maybe this is nitpicky,” admits Matthew Holden, Director of Digital Marketing at Furlocity.com, “but it just gives the impression that you don’t give the proper attention to detail.”

Come to your job interview prepared with extra resumes, pens and a notepad.

Complaining About Past Jobs

“It bothers me when applicants try to be chummy by complaining about a past job in a negative way,” says Rachel Kazez of All Along, LLC. “It makes me doubt their professionalism and conflict resolution skills.”

Keep a positive attitude, and no matter how bad your last job was, don’t bring it up unless specifically asked.

“When interviewing candidates my biggest turn off is a lack of eye contact,” says Jamal Asskoumi, Owner of LeagueOfTrading.com.

Even on a videoconference interview, make a point to look your interviewer in the eyes when responding to a question.

A lot rides on an interview; don’t blow it by annoying the interviewer. Avoid these pet peeves so that your qualifications and personality are the only things that the hiring manager notices during the job interview.

Whether you’re new to the workforce or an experienced professional, JobHero is here to help you make the most out of your career. Come to us for resume samples for hundreds of thousands of jobs, cover letter samples and an array of other helpful career resources.