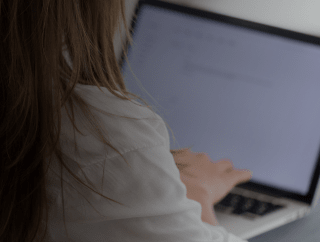 You might be thinking that between writing your resume and cover letter, applying to jobs and going on interviews, you’ve got enough important details to focus on. So the way you address your cover letter might not be that big a deal, right?

Fortunately, JobHero created this simple guide with everything you need to know about how to address a cover letter. We’ll tell you everything from how to write the subject of an email when you submit your cover letter electronically to how to find the name of the right person to write to--plus, some key mistakes to avoid.

The Best Way to Address a Cover Letter

Here’s a really simple rule: the best way to address a cover letter is to learn the name, and title of the person who will make the hiring decision. The advantage is that by addressing your letter to a specific individual you are able to establish a personal connection.

In a best case scenario, you have the name (and correct spelling) but then what?

Let’s use this name as an example: let’s say you find out the hiring manager is named Bill Smith.

Unless you know the company has a casual culture, don’t assume it’s okay to begin your letter “Dear Bill.” In most cases, it would be safer to address your letter ”Dear Mr. Smith.”

After their name, you should use a colon, and then a line space before beginning your letter. For example,

Dear Ms. Wilson: I am writing with regard to the position of Sales Manager.

Now let’s suppose the hiring manager is named Leslie Jones. In that case you may wonder whether to address the letter to Miss, Ms. or Mrs. There is only one correct answer: unless you specifically know she prefers Mrs. always use Ms. Never use Miss. The other option is to simply address your letter “Dear Leslie Jones.” Using a full name is fine.

But now let’s say you find out the hiring manager’s name is Paige Johnson.

A name like Paige (or Pat or Sydney) can be either a man or a woman. One solution is to consult LinkedIn where most people post a photo as part of their profile. You can also check the company website, or even just call and ask the receptionist.

However, there may be times when you still aren’t certain about the person’s gender. In such cases, simply use the person’s full name: as we said earlier, ”Dear Paige Johnson” is a perfectly acceptable way to address your cover letter.

If you learn the hiring manager has a specific title, such as Doctor, Professor or Sensei (you never know, you might apply to a job at a karate studio!) use that term before their name when you address your cover letter. They spent years earning that title, and will appreciate the fact that you showed respect for it.

4 Ways to Find The Name of the Right Addressee

The purpose of a cover letter is to get hired in the job of your dreams. Every element of your communications is part of the effort to sell yourself. Taking the time and investing the effort to learn the hiring person’s name is one way you can give yourself an advantage over other applicants. Doing a little research shows you’ve got the passion and interest and you’re the kind of person who takes the initiative to solve problems.

Here are 4 quick steps you can take:

The first step is to carefully check the job posting and be 100% certain the person you should address your cover letter hasn’t included their name buried down in the small print at the bottom. If they’ve already provided their name and you send a letter “To whom it may concern,” you’ve done yourself a huge disservice.

If no name is listed, check LinkedIn, and the company’s website. You can also see if the company has a Facebook Page or other social media presence that will list relevant names. With a little effort. there’s a good chance you can find the right person’s name listed online.

The next simple trick is look at the hiring manager’s email address, if one is included. If it says “[email protected]” do a quick Google search for “R Bittman + Acme Shoes” and chances are you may find the person’s full name.

Pick Up The Phone

As a last resort you can always just call the company and explain to the receptionist you’re applying for a job and ask for the name --and spelling--of the person to submit a resume to for that particular position.

Despite trying all four of the steps listed above, there will be times when you simply can’t find the name of the person you are sending your cover letter to--but you still need a professional way to address your letter.

Our first piece of advice in such situations is easy to remember: when in doubt, leave it out.

That means simply begin the letter with the first paragraph. No salutation is better than the wrong salutation. No one will be offended if you just dive into your letter without any greeting.

Option two is go safely generic. You can always begin your letter with “Dear Hiring Manager,” and rest assured you won’t ruffle any feathers. It’s not ideal, but it’s also the kind of neutral language that won’t raise any eyebrows.

Remember, your goal here is to get the reader to dig into the details of your letter and move on to your resume. The last thing you want to do is have them think twice about your salutation.

How to Format an Email Cover Letter

If you are submitting your cover letter by email most of the rules above will still apply but there’s one critical difference: the subject line. Getting the subject line right is important because it’s literally the first impression you will make.

The subject line shouldn’t be too long. Try to keep it to no more than 10 words.

Your subject line should say “Job application for [title of job] and if someone has referred you add, “referred by [name of referral]. Never leave the subject line blank

Inside the body of the email, leave out the date and the address of the person you are writing to; instead, just begin with whichever salutation you’ve chosen. Or you can simply begin with the first paragraph of your letter.

Make sure you put all of your contact information in your email signature. And if you are attaching your resume, double check that you’ve attached it before you hit send.

How NOT to Address a Cover Letter

Here are some ways not to address a cover letter:

All four of these are wrong for different reasons. The first two are way too informal and suggest that you don’t understand the basic parameters of professional communication. (Also, there is no reason ever to use an exclamation point in your cover letter.)

The second two are just weird and sound like you are an alien who recently arrived on earth and is trying to pass as human. (We also advise not using the tried and true “Dear Sir or Madam,” or “To Whom it May Concern,” as both will come off as old fashioned and stodgy.)

Last but not least--and we cannot stress this enough--if you do find the right name, check the spelling twice. The worst thing you can do is address your letter to the right person and spell their name wrong.